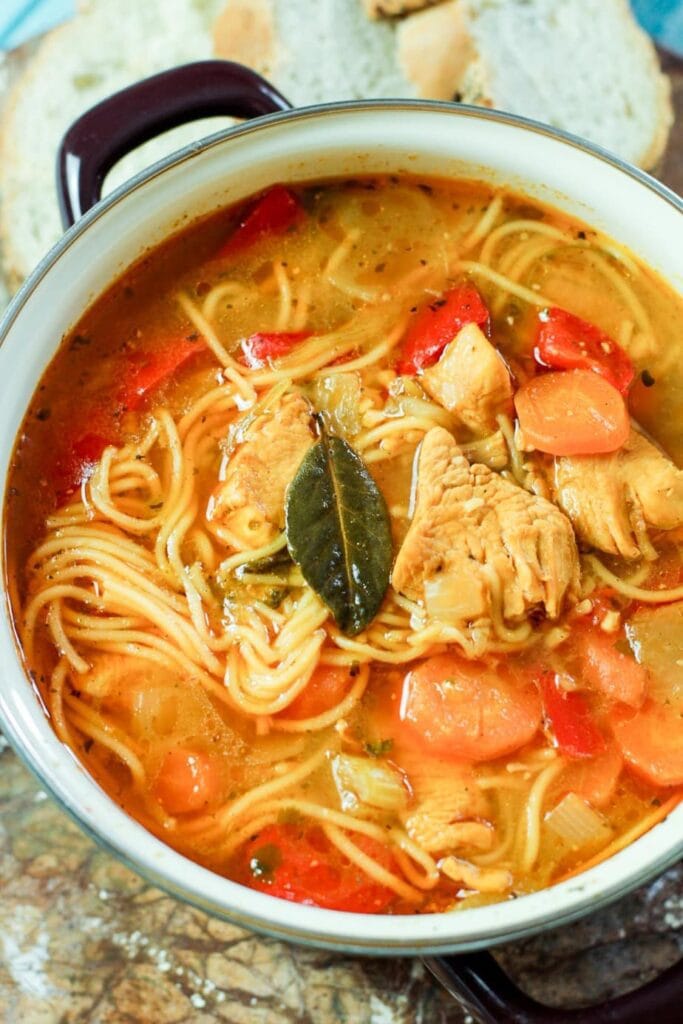 What is sopa de fideo?

Sopa de fideo is a "soup with noodles" recipe. This sopa de fideo has homemade sofrito for it's base, and includes carrots, red peppers, boneless chicken, celery, onions, and thin pasta plus traditional Puerto Rican seasonings. It's full of spice, but not spicy! But if you add some hot sauce when you serve yourself, this recipe is sure to clear your sinuses! 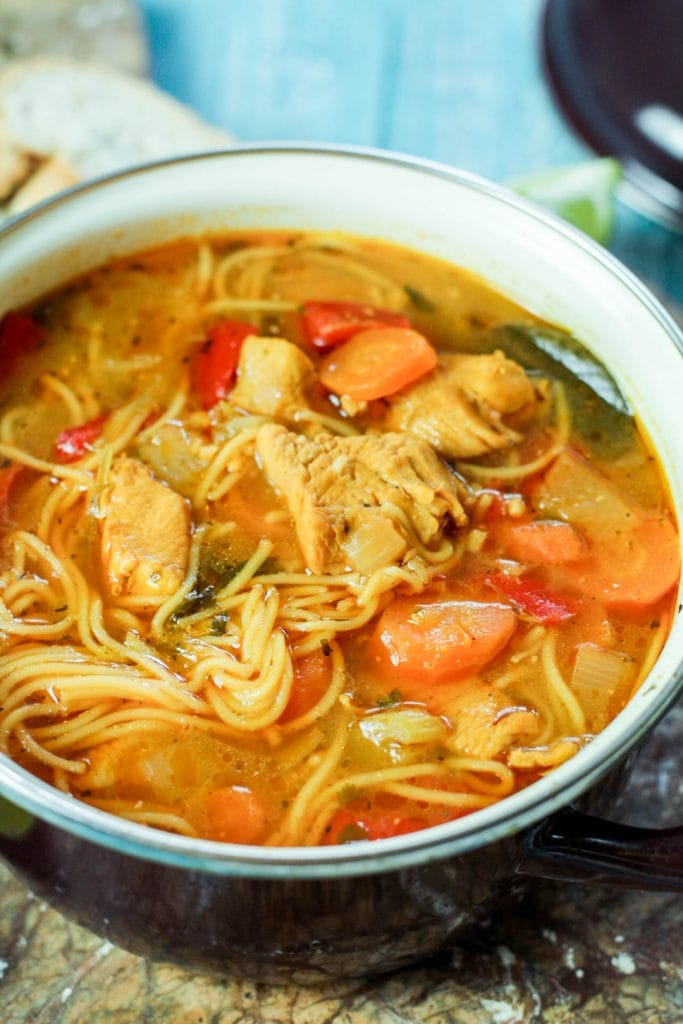 How to make sopa de fideo

Making sopa de fideo is simple, season your chicken, add a little bit of oil to a pot and saute your chicken, after 2-3 minutes, you'll add in sofrito, tomato sauce, remaining seasonings, bay leaf, and the vegetables, cook for another minute before adding in your broth. Bring soup to a simmer, cook for twenty minutes and then add in your noodles. Cook until your noodles are al dente before serving.

For a vegan sopa de fideo recipe, leave out the chicken and use vegetable stock instead of chicken stock. Super easy switch and it does not take away from the awesome flavor. For added protein, add in some chopped tofu when you add in the noodles.

Sopa de fideo is versatile in the sense that you can add more ingredients such as potatoes, chopped tomatoes, and different colored peppers! 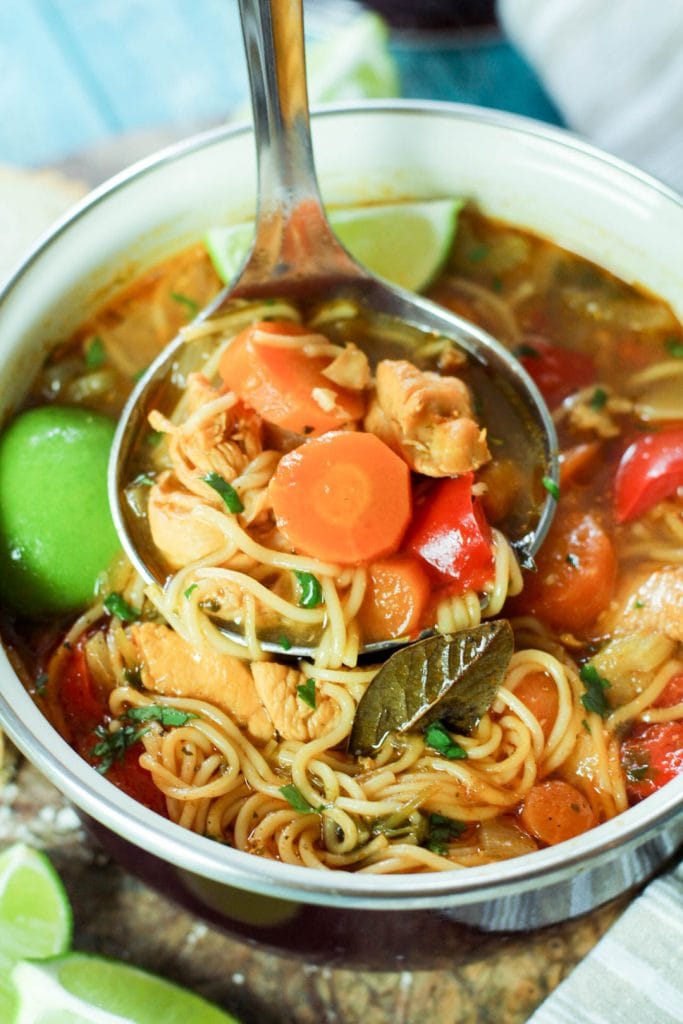 Sopa de fideo with chicken is healthy in the sense of it being a balanced meal with protein and vegetables. For a healthier sopa de fideo recipe swap out the pasta with whole grain pasta or be brave with zoodles! 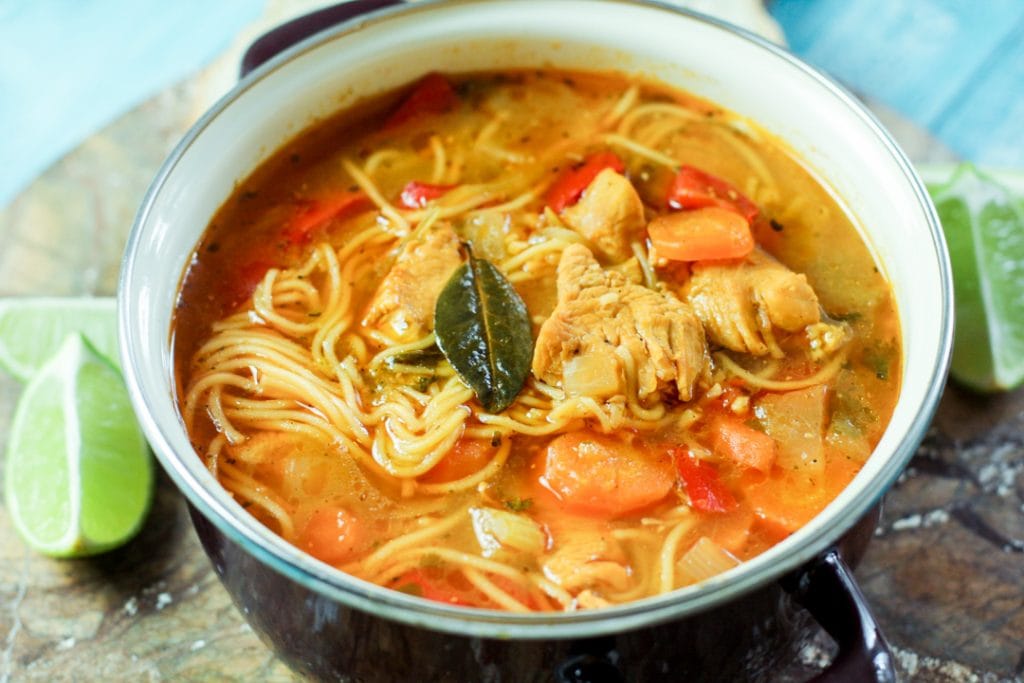 When your sopa de fideo soup is just about ready to serve, add some fresh cilantro and fresh lime juice to elevate the flavor profile of your Puerto Rican soup! Serve with a side of bread and tossed salad for a hearty and healthy dinner. 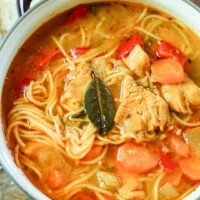 If you do not have sofrito, you can add in half an onion chopped, half a red bell pepper chopped, and 4 cloves of garlic, chopped to the base of the soup in place of the sofrito. Cook until softened and proceed with the following steps.