Pumpkin flan is an easy flan recipe that is creamy, silky, and smooth with a light caramel topping.

Flan is a popular dessert recipe that Hispanic households love to serve to family and friends! We've shared a few flan recipes, such as my mom's lemon flan recipe, and a coffee flan recipe that have been big hits through the years.

I have to admit, this easy pumpkin flan recipe is the best Thanksgiving dessert to serve.

Flan is a crème caramel. A soft, yet firm creamy custard that has a thin caramel sauce.

How would you describe flan?

I would describe flan as a creamy jello with a light caramel sauce.

The taste of flan depends on the ingredients. Traditional flan consists of only eggs, milk, sugar, and vanilla. When it's traditional, it tastes almost like pudding, but with a firmer consistency. The caramel is thin, so it's a not so sweet dessert

Is flan hard to make?

Flan is easy to make. To make the flan custard, you're just blending ingredients in a blender until smooth. Making caramel can be made a few ways.

You can make caramel for flan by putting the sugar into the microwave, or on the stove over low heat until it's a beautiful golden hue, or some times adding a touch of water is favored.

Once you have those two done, the tricky part is the agua de Maria, which means water bath. A water bath is the process of cooking that ensures even gentle temperature.

Quick tip! Make sure no water splatters over the flan. Bake for about an hour or until the flan sets, and you're good to go!

How To Make Pumpkin Flan

For this recipe, use only ⅓-1/2 a block of cream cheese, a little goes a long way.

Add flan ingredients, to a blender and blend until smooth. 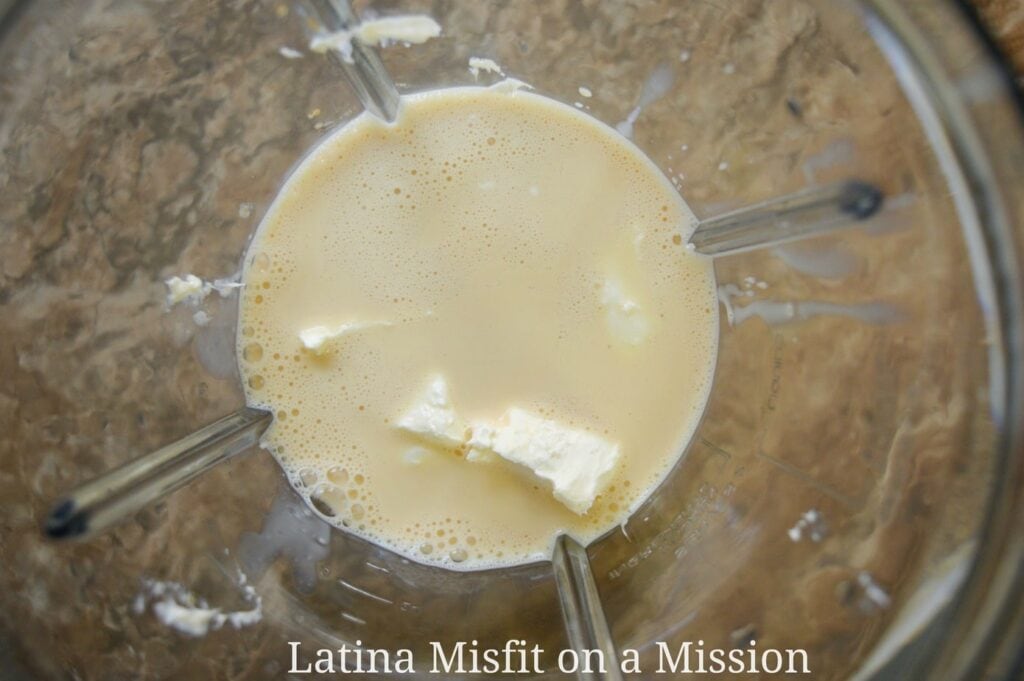 This recipe is a perfect recipe for kids to bake! 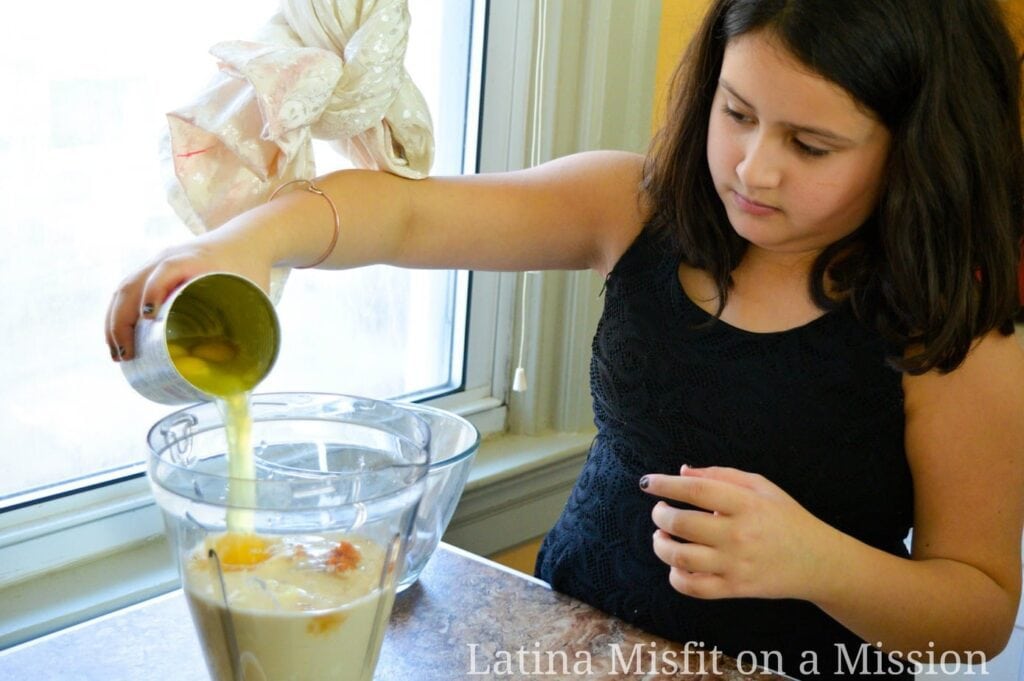 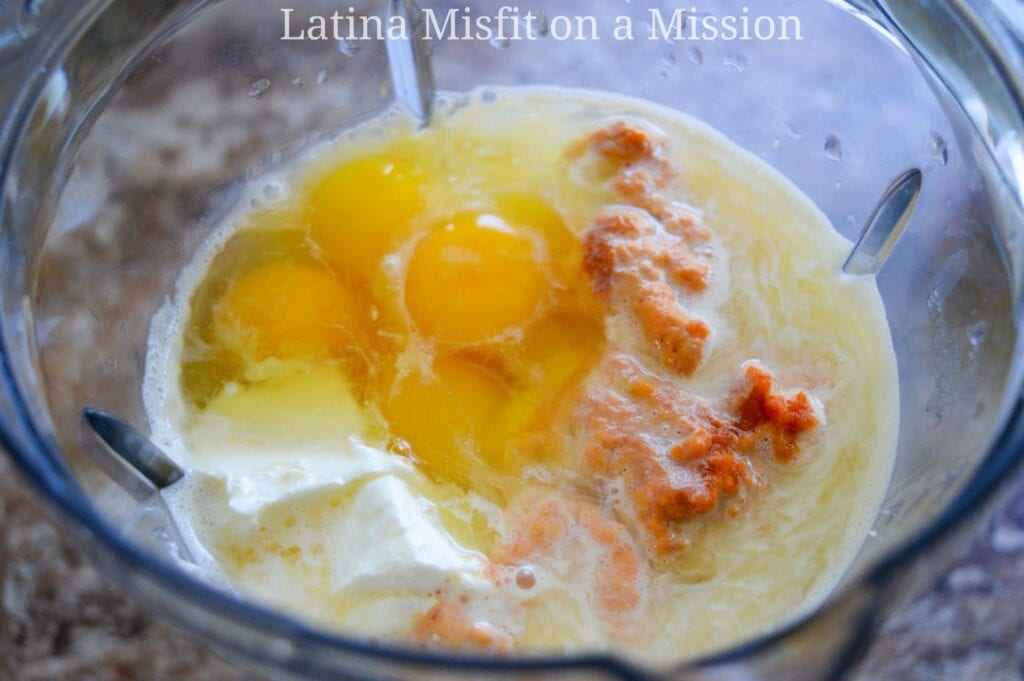 How To Make caramel for flan 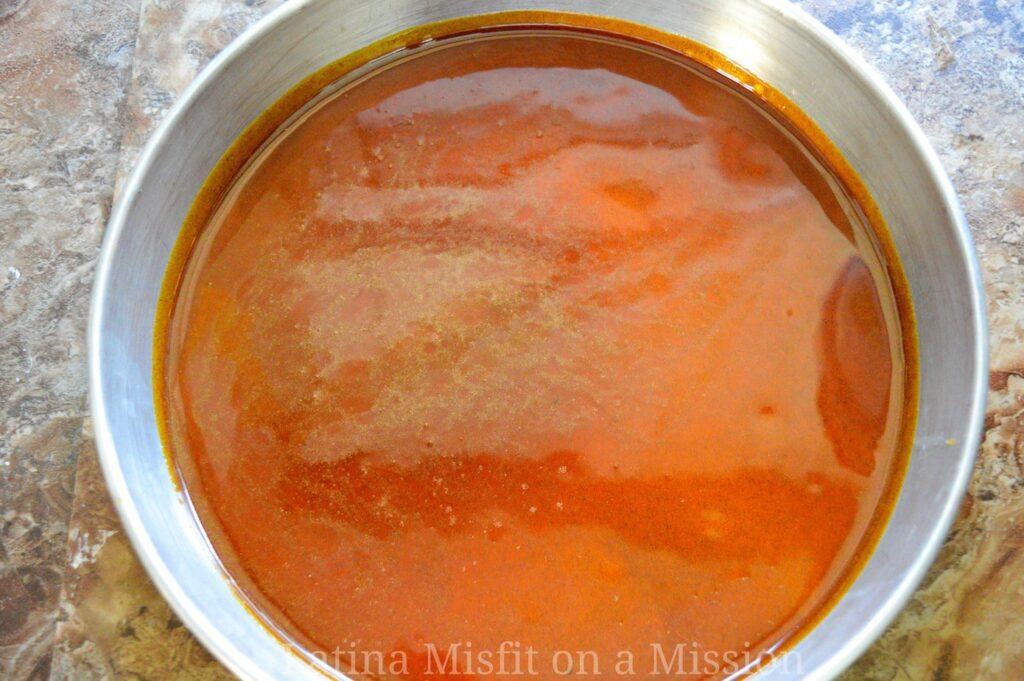 There are two methods to making caramel for flan:

Warm sugar over medium low, and swirl the pot (no spoons here) every so often as the sugar melts. Continue to cook until the caramel sauce is a beautiful amber hue.

DO NOT LET SUGAR BURN! If it burns, it will be bitter. Start over in a new pot if it burns.

Warm sugar and water (mix it well) over medium heat, and swirl it occasionally until it reaches a beautiful amber color.

I like to add a pinch of ground cinnamon and swirl well to combine.

Pour caramel over a dry baking dish or dry ramekins. Let caramel cool and set for about ten minutes before pouring in the pumpkin flan mixture.

Place the unbaked flan over a larger and deep pan for a water bath. 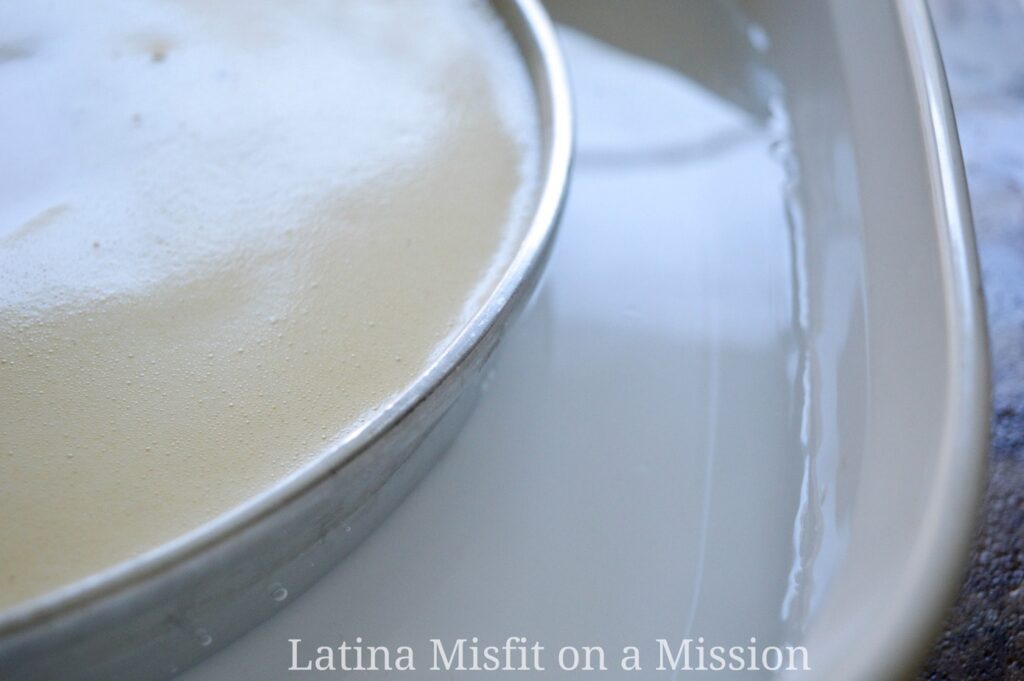 This is what's called an agua de maria (water of Maria) aka water bath.

Bake whole flan for 55-60 minutes or ramekins for 45-50 minutes, or until the center of the flan is set and the flan is firm, yet jiggly.

Once the flan has baked through, place flan on a cooling rack until room temperature. Transfer flan into a refrigerator for 4 hours.

After four hours, loosen the flan by running a knife around the edge of the flan.

Take a plate that is larger than the flan, place it over the flan, and flip it over. Do this quick so there's not a huge mess.

Drizzle any remaining caramel over the flan. Quickly pour water over the pan for easier cleaning.

Be sure to join our subscribers list to stay up to date with the newest recipes and news! Buen provecho! 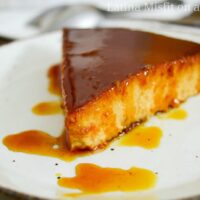