Obsessed can not begin to describe my relationship with my parents cooking. No one beats it. Take for instance these Cuban navy beans with thick chunks of smoked ham inspired by mi padre. It's perfection! 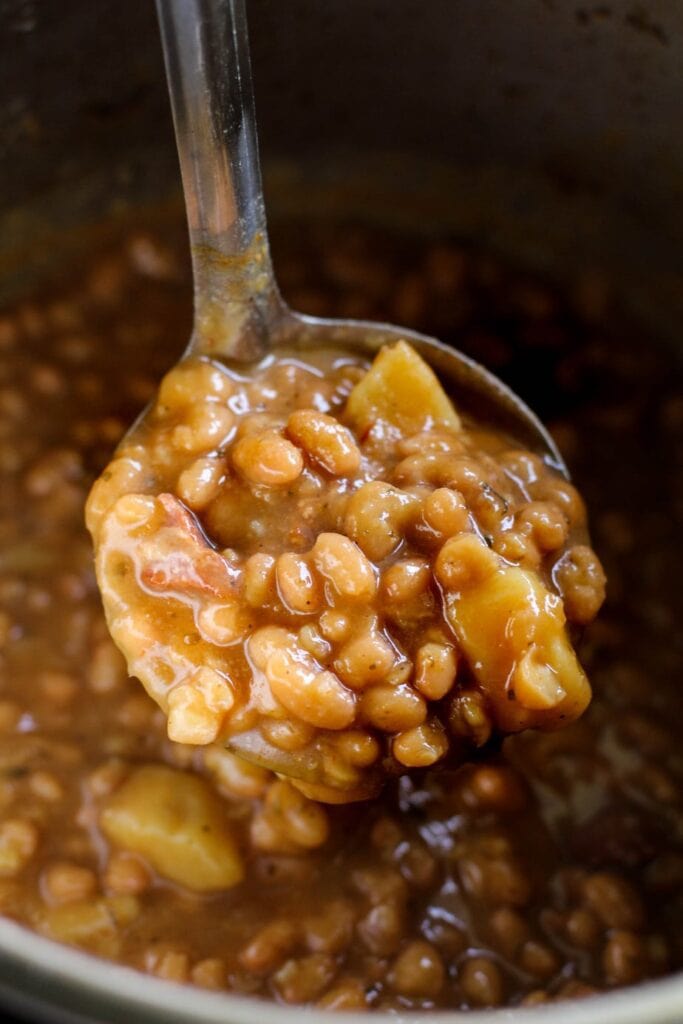 Traditionally, dried beans sit in a bowl of water for a few hours to soften, but now that I have an Instant Pot, making beans from scratch is easy to do. 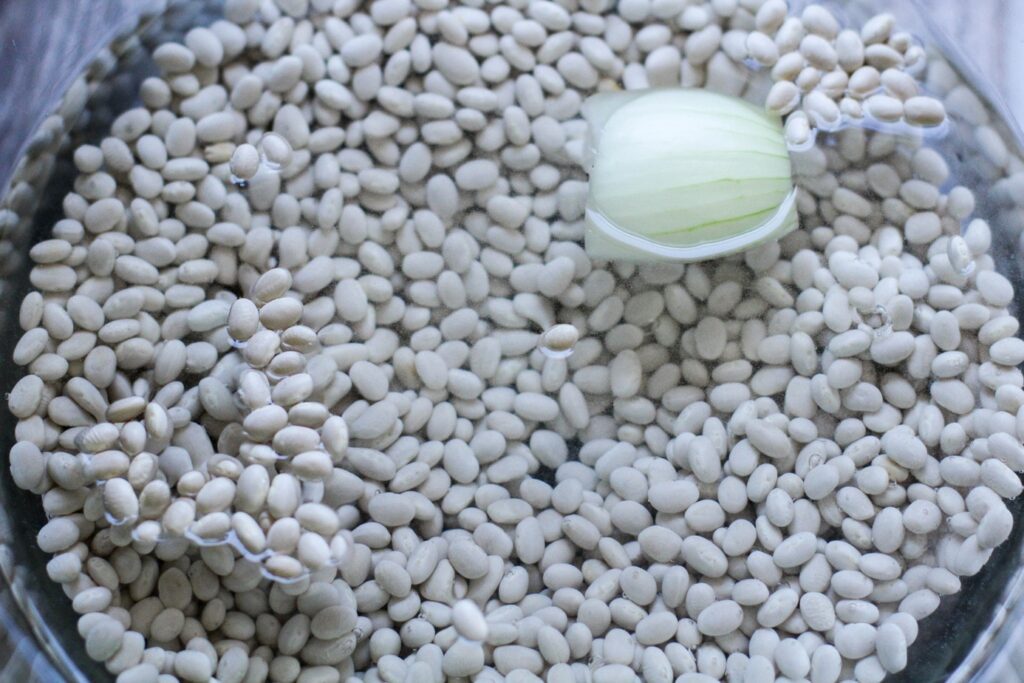 This part is optional, but I still prefer to soak my beans. The process of soaking beans before using an Instant Pot, can be optional, although I recommend it, just for a shorter time. Say, 1 hour instead of many.

Be sure to also add in a chunk of onion to the dried beans that are soaking. (You can also add in garlic, bay leaves, and a ham hock!) 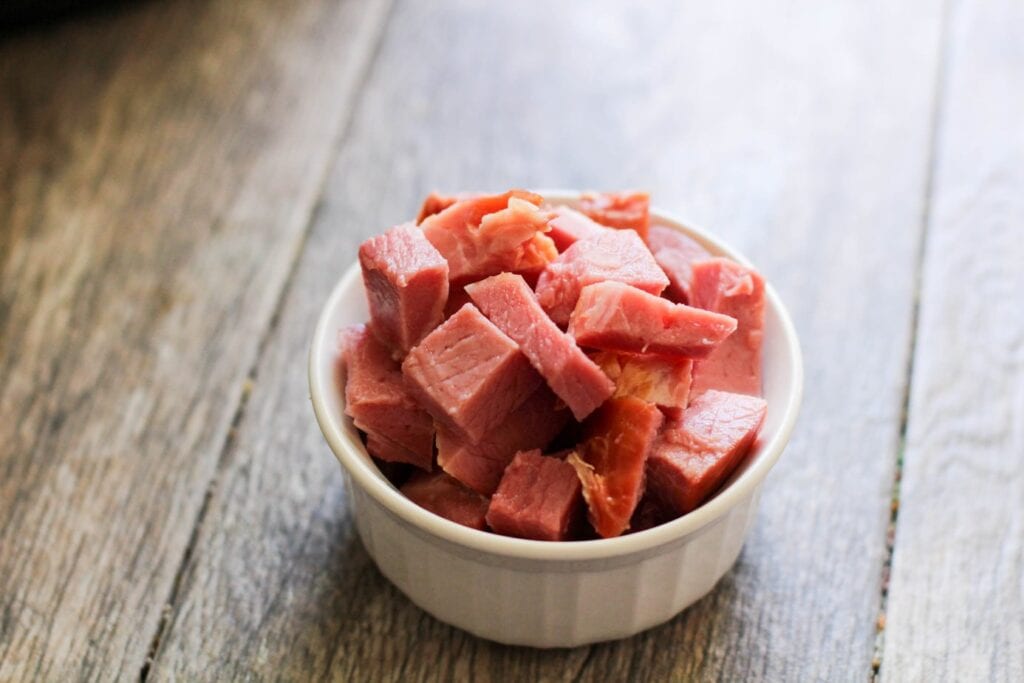 For this recipe, I decided to go ahead with smoked (cooked) ham, that I roughly diced. For 1 pound of dry navy beans, I used about 1 ½ cups of diced ham. Ham gives the navy beans an amazing flavor that is common in the Cuban cuisine. You can also use a ham hock instead if that's what you have on board. 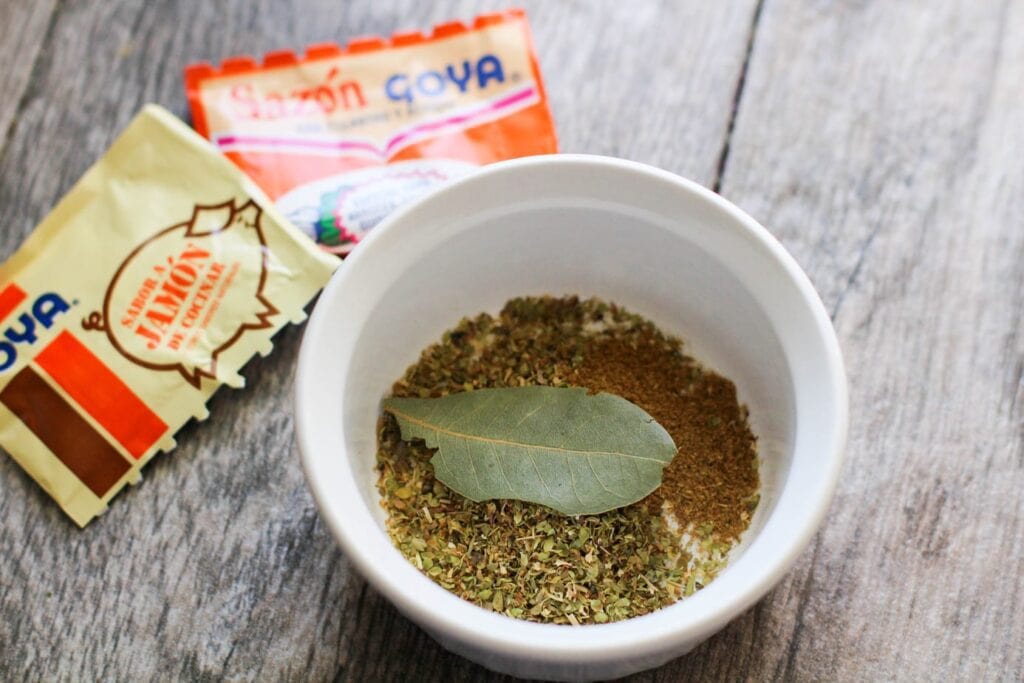 For the seasonings, I kept it simple. 1 packet of Sazon, 1 packet of pork bullion (optional),  1 bay leaf, ¼ teaspoon of cumin, 2 teaspoons of Badia Complete Sazon (or you can use oregano and garlic powder). I leave the salt and pepper for AFTER the navy beans have cooked. If you add salt to dried beans before they're cooked, they keep the beans hard. 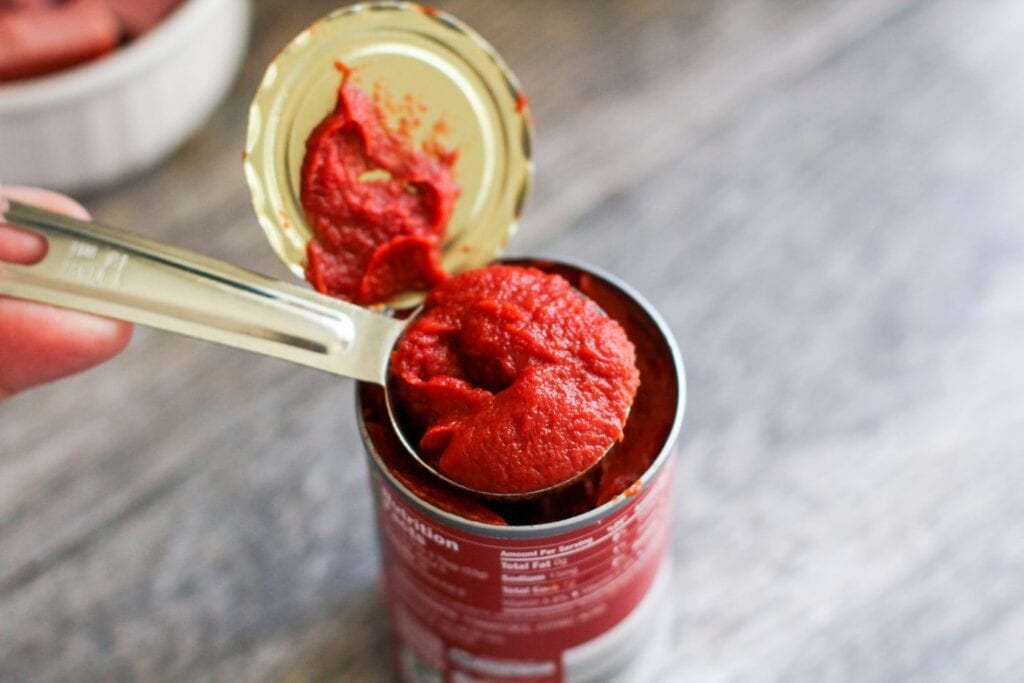 I also add my homemade sofrito, and some tomato paste. To make it heartier, I also throw in two peeled and cubed small potatoes. The ingredients for navy beans and ham are simple.

To make this Instant Pot Cuban navy beans and ham recipe, you need to press the saute button, add a little bit of oil. Once the oil is hot, be sure to add in the sofrito, seasonings, and ham. Cook until fragrant, then add in the drained, put pre-soaked beans along with the chopped onions and some fresh garlic. Allow the navy beans and ham to get covered by the sauce, then add in your vegetable stock and cover the Instant pot. Set it on the beans section and cook for 40 minutes, then do a natural release for 20 minutes.

My father typically serves his navy beans and ham with white rice, avocado, and loves to make bistec encebollado to go along with it. Tell me, have you made navy beans with ham before? If so, what do you like to pair it with? Leave your answer in the comments below!