Creamy and with just enough sweetness this avena de guayaba (cinnamon guava oatmeal recipe) will warm up your cold winter morning for breakfast. 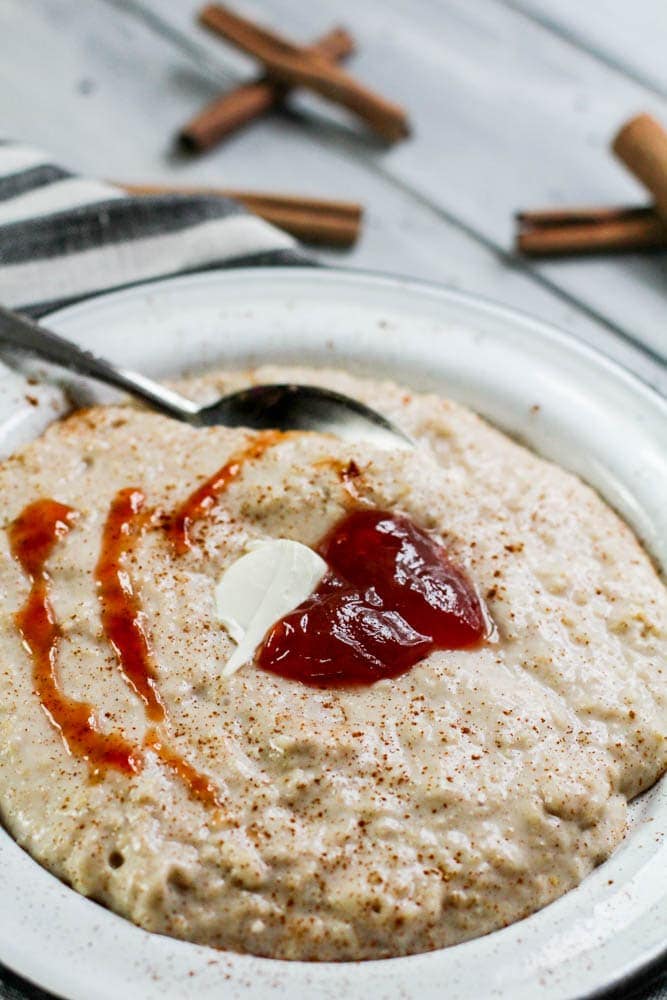 The beauty of this recipe is in the speed. This recipe comes together in under 10 minutes.

First, add your water, a pinch of salt and your oatmeal to the stove. Heat on medium high and bring to a simmer, stirring occasionally. Once your oatmeal begins to thicken after about 3-4 minutes, you're going to add in your sugar (not much because the guava will add in sweetness) and your milk. I love my cinnamon guava oatmeal (avena de guayaba) to be on the thinner side -especially for younger kids.

Once you incorporate that, add in a generous amount of cinnamon and a tablespoon or two of cream cheese. I know I know, cheese with oatmeal? But what is guava without cream cheese? It's like peanut butter and jelly -but completely optional.

Melt in the cream cheese and taste your oatmeal for sweetness. Once the oatmeal cooks to your preference of thickness, turn off the heat and add in a little bit of guava jelly. I prefer the jelly over the paste for this recipe. If you only have paste, I highly suggest you finely chop the paste and add it in slowly while mixing to prevent big clumps of guava. 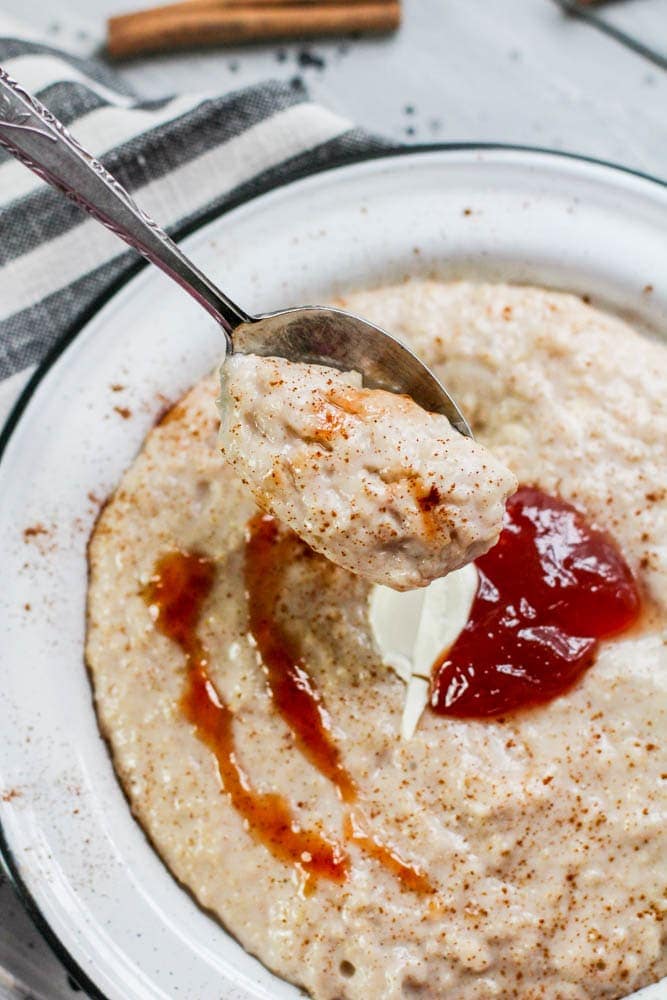 Serve and top with additional guava and a sliver of cream cheese, if desired. If your kids are like mine, there's no such thing as oatmeal or maizena without a nice garnish of ground cinnamon. 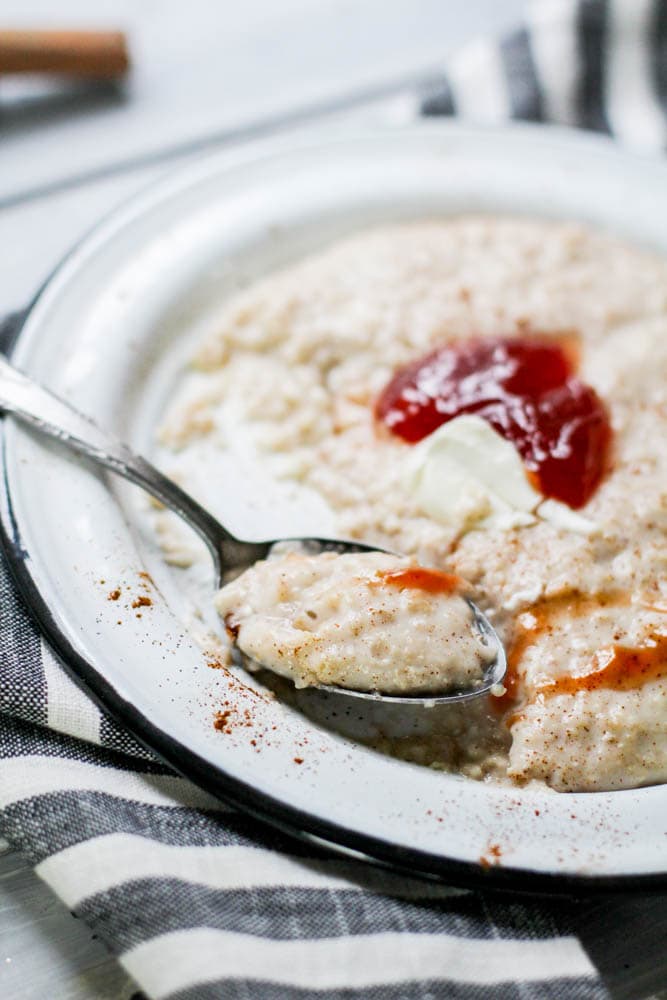 I hope this quick and easy recipe finds you well and stay warm mi gente! Buen provecho! PS leave a comment below to connect. 🙂 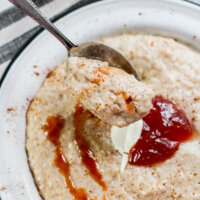